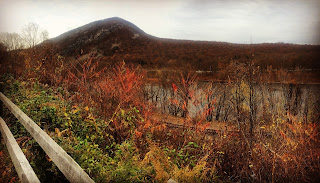 Trying to drive in the glaring westerly sun on the annoying construction-coned southbound lanes of the North East Extension's Pennsylvania Turnpike, is just about as irritating as reading this l-o-n-g drag-on opening sentence. But I did it on Sunday, and I feel very accomplished. Each time my eyes would start to drift into the shaded eyelid half moon stare, my body would jolt with a surge of adrenaline. "Time to stop...", I said out loud, to no one, but me. "If I can just find a safe place to stop, I'll put my head back for a few minutes and I'll be fine."

And that's what I did. At the rest area. For about two hours.

This type of exhaustion follows every time there's an out-pouring of God moments at a thirty-six hour marathon called a women's retreat. And this time was no exception. About one hundred and eighty women gathered at the beautiful Tuscarora Inn near the Delaware River in Mt. Bethel, PA to experience a hopeful encounter with Jesus and their girlfriends. Some came as far as Maine, Connecticut, Ohio and mostly from Jersey, NYC and Pennsylvania. I came from a history of speaking for over two hundred retreats in about a decade. But this one was particularly special on many fronts.

Women weren't expecting to laugh so much. That seemed to be the eternal conversation starter. Women didn't expect that laughter would do its healing as much as it did. This was talked about over and over. Women enjoyed the fact that their fallible and imperfect speaker was relevant and real, and not so super-sized spiritually, but walking this same journey as they. I heard this over and over. Women, who at first fought as to whether to even attend, thanked me because they just weren't expecting this kind of thing.

What "IS" this kind of thing? The Church of the Lutheran Brethren Women's Retreat covered a vast array of denominations. I mean, it wasn't just CLB women who attended. Like a smorgasbord of culture and beliefs, there were some that came just to have fun. Perfect. They're exactly who I prayed would come. And this "kind of thing" was setting the atmosphere so the Holy Spirit would show up.

The topic and message of the weekend, as invasive as it can get, was called "Serving from the Second Chair". It was my fourth time presenting this message. But again, I felt the inward pangs of conviction and scrutiny, "How can I lead from the second chair, when it seems all I do is war against being first or wanting to be first in everything?"

One young woman named Rebecca reminded me. "Sue, I didn't want to come. I struggled to make it to the first session. But I stayed. I made myself stay. And now I realize that God had something miraculous for me to experience."

So, we wipe away tears and we store up the laughter, and praise God for an encounter that will probably go down as an all-time fave. Many women found Jesus as their Savior. Young women poured their hearts out to God. And the seasoned saints were reminded that our God is real. We laughed, we had spontaneous dance (like a Go-Go girl!) and we begged our heavenly Father to hold us accountable to Him and to each other. One woman expressed, "I really liked the weekend. It definitely wasn't what I was expecting. I'm still learning about this God stuff."

I don't know how everyone drove home that afternoon without passing out! But thankfully, it looks like we all made it home safely. As I awoke from the power nap off of 476, I laughed to myself as I saw signs of bone-tired effects. My hands were still on the steering wheel! I popped them off with a firecracker release and raised them to the air and said out loud, "Dear...God! I even try to drive in my sleep!" 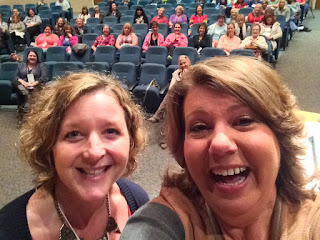 Thank you, Darci. You blessed me. 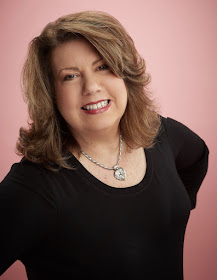 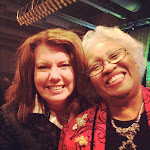 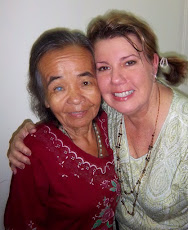 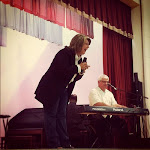 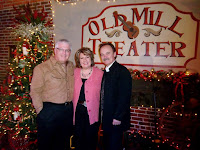